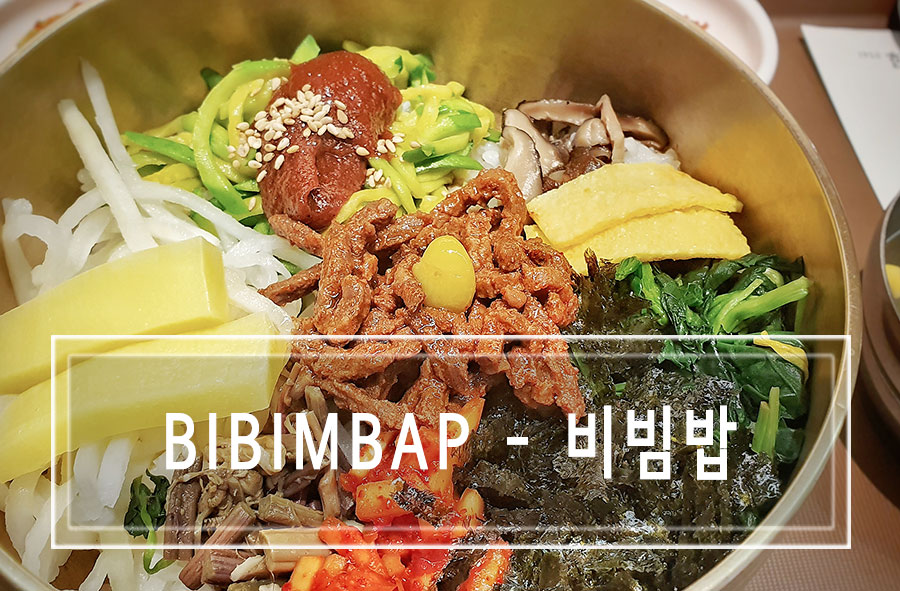 One of the most famous and delicious dishes of the traditional South Korean cuisine is definitely the Bibimbap – 비빔밥 , which literally means “mixed rice”.

I was traveling around the Korean peninsula when I happened, quite by chance, to Jeonju: a charming town and capital of the Jeolla province, famous for its beautiful traditional village of typical Korean style houses called Hanok .

While staying in the interesting tourist destination, I get to know some local people who invited me to dinner and make me taste some of the great typical local dishes, including the specialty of Jeonju: Bibimbap – 비빔밥 !

The colorful dish based on the aquatic cereal cultivated for millennia here in Asia is served in a bowl with the white rice cooked in the famous rice cooker present in all houses and restaurants in South Korea and in many other eastern countries. Then  seasoned vegetables called Namul – 나물 are added and all flavored with the addition of kim (dried seaweed) of gochujang – 고추장 (red chilli pepper paste, widely used in traditional Korean cuisine), soy sauce and oil and sesame seeds. Sliced ​​strips and egg meat is often added which can be cooked or raw. 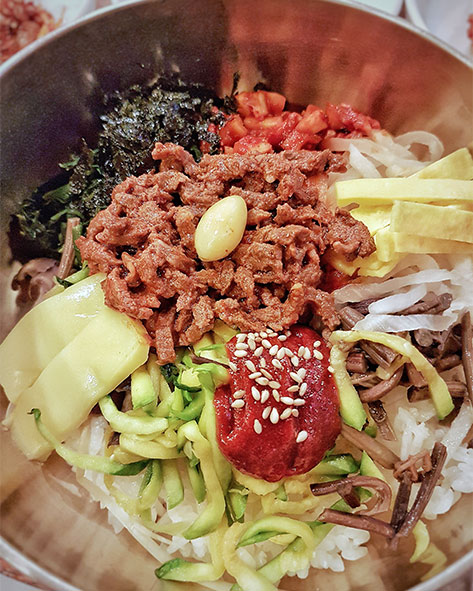 Bibimbap – 비빔밥 is a simple and cheap dish, characteristics which together with its rich and delicious taste have made it one of the most popular specialities in Korea.

Many variations according to the seasonings.

You can find the “Hot stone pot bibimbap” or dolsot-bibimbap – 돌솥 비빔밥 , which is served in a hot stone bowl, served with raw egg that is cooked on the heated walls of the container.

You can add seafood, raw meat, fish (both cooked and raw)…

The vegetables that are added are the most disparate, usually in julienne cut: kimchi , cucumber, spinach, carrots, bean sprouts, courgettes, mushrooms and the delicious gosari (fern stems). 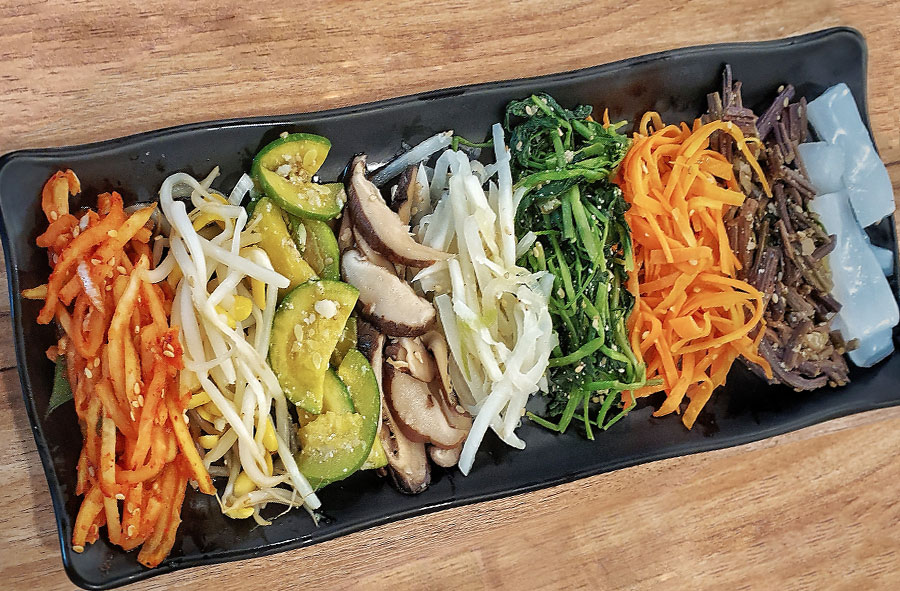 How to eat Bibimbap – 비빔밥!

The Bibimbap – 비빔밥 is served to you with a bowl full of all the colored elements that season and enhance the taste of the traditional Korean dish, placed in similar doses and which submerge a rich portion of hot rice, all you have to do is just take the spoon and mix it all together to enjoy the delicacy of the Asian peninsula. 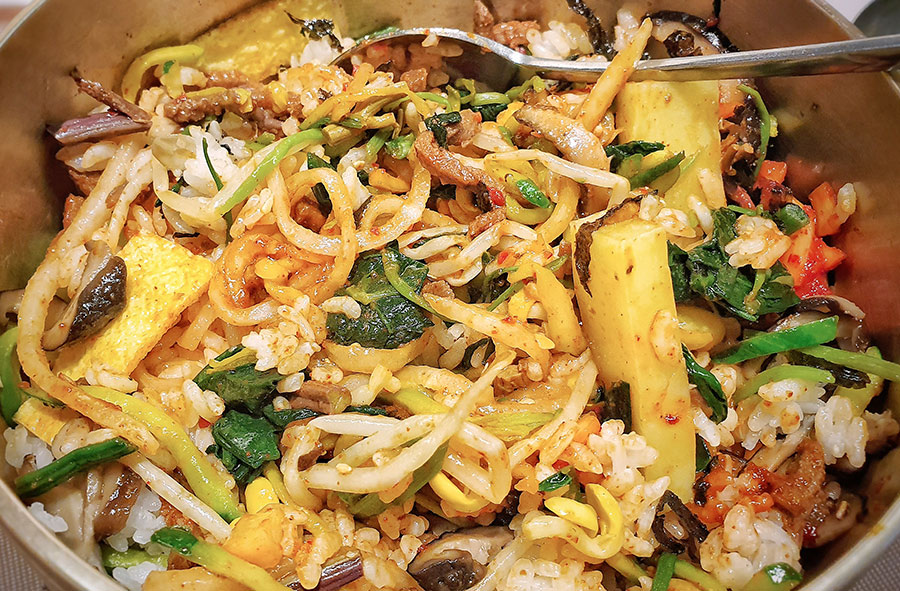 The Bibimbap – 비빔밥 is a dish with an “easy” flavor and can be appreciated by everyone since the ingredients that compose it are quite accessible to the palates of practically anyone. Many versions also for vegetarians and vegans.