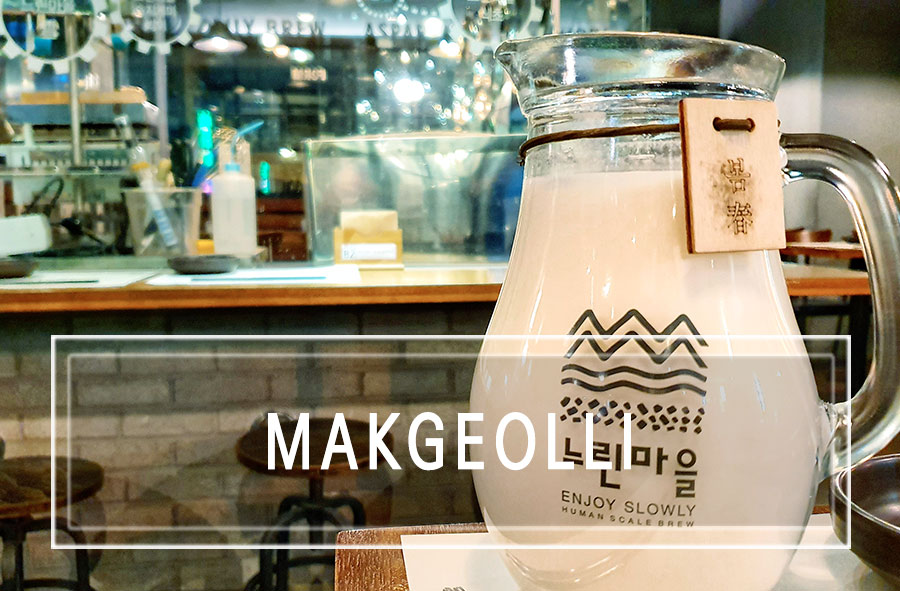 Alcoholic drinks are an important part of South Korean culture, one of the most famous is certainly the makgeolli – 막걸리: the traditional wine with a cloudy white color and quite dense texture product from rice fermentation.

You will definitely sit at the table of a Korean restaurant and find on the menu this delicious and creamy drink, with a soft slightly sweet but also sour taste, with a not excessive alcoholic percentage, usually from 6 to 8 degrees, just over a normal beer and much less than a grape wine.

Among the various spirits produced in South Korea it is in my opinion the most delicious and does not create particular headaches as soju – 소주 could do in my case. It is always a pleasure to meet with some friends and share a bottle of makgeolli – 막걸리, interesting to try different and new qualities from various regions of the Korean peninsula and from new artisan producers. 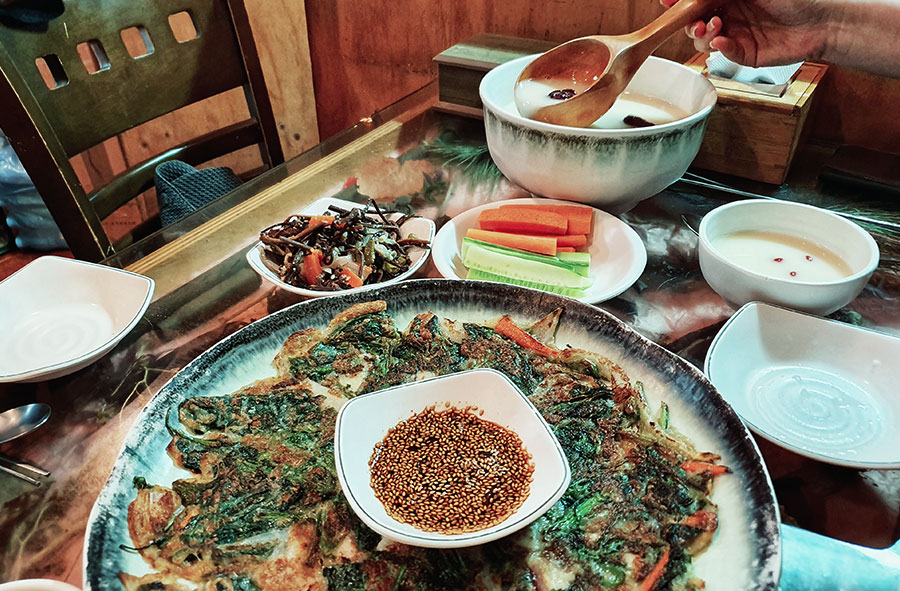 Makgeolli – 막걸리 A bit of history

Makgeolli – 막걸리 is one of the oldest Korean drinks, it has been distilling and happily drinking for more than two thousand years. It was prepared at home and consumed mainly by the poorer social classes, and then became the most famous alcoholic drink in South Korea between the 60s and 70s.
It lost popularity when they began to import alcohol-based products from abroad to the Asian peninsula, but in the last twenty years it has returned to be popular, mainly thanks to its beneficial properties and is now found everywhere and in many versions with different flavors.

How Makgeolli is made – 막걸리

The Makgeolli – 막걸리 is produced with rice to which is added the nuruk – 누룩 a tablet made of cereals that helps the start of the fermentation process, also used to produce various other alcoholic drinks such as the super popular soju – 소주.
The nuruk – 누룩 can be made with rice, wheat or barley producing a Makgeolli – 막걸리 with different flavors.
Other ingredients can also be added to flavor the alcohol-based product such as chestnuts or herbs which are then mixed and left to ferment for about a couple of weeks to be ready to drink.
Makgeolli – 막걸리 has various flavors, practically every region has its own unique recipe, it can be sparkling or still.

How to drink Makgeolli – 막걸리

Makgeolli – 막걸리 is drunk when it’s fresh, usually no more than two weeks after it is ready. It is served cold and must be mixed before drinking, if you buy the bottle before opening it turn it upside down a couple of times to lift the sediments from the bottom. Be careful because there are versions that are super sparkling and if you open them too quickly after shaking them you will find the white liquid even on the ceiling! Then open and close the bottle, gradually releasing the gas contained inside.

In restaurants, makgeolli – 막걸리 can be served in a large ceramic bowl and poured with a ladle, in a kind of metal teapot or simply sold in 75cl plastic bottles. 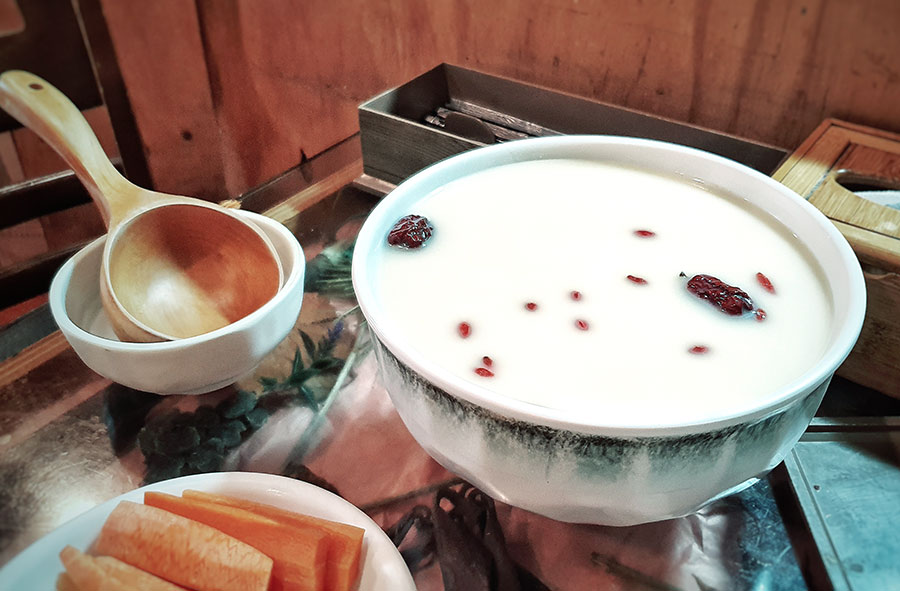 It is poured and drunk in aluminum or ceramic bowls.

Having returned to being a popular drink, variants were born where fruit and ice were added, to then be served as trendy cocktails.

The perfect way to consume makgeolli – 막걸리 is to enjoy it by eating a tasty jeon, the traditional Korean pancake or bindae-tteok, another type of fried food. Koreans always say it’s a perfect combination for rainy days!

Where to find the Makgeolli – 막걸리

You can taste it in restaurants or in some specialized places where they sell and produce the drink, here you will also find the anju: the food that is consumed in South Korea while drinking alcohol.

You can also buy it in convenience stores and supermarkets, usually sold cheaply. 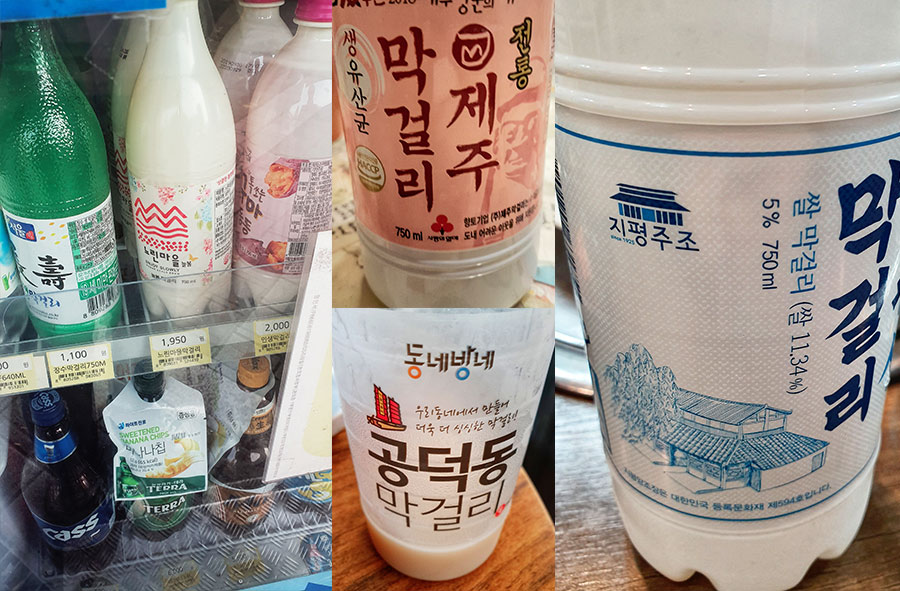 During the fermentation of the makgeolli – 막걸리 microorganisms such as yeast and lactic acid bacteria similar to the one present in the yogurt are generated which make it a probiotic product, perfect for the health of your intestine! It is also rich in fiber and vitamins.

Excellent reason to drink another bowl of the delicious white alcoholic liquid from the Korean tradition!

Seoul: The elegant Changdeokgung Palace – 창덕궁 and its secret garden!