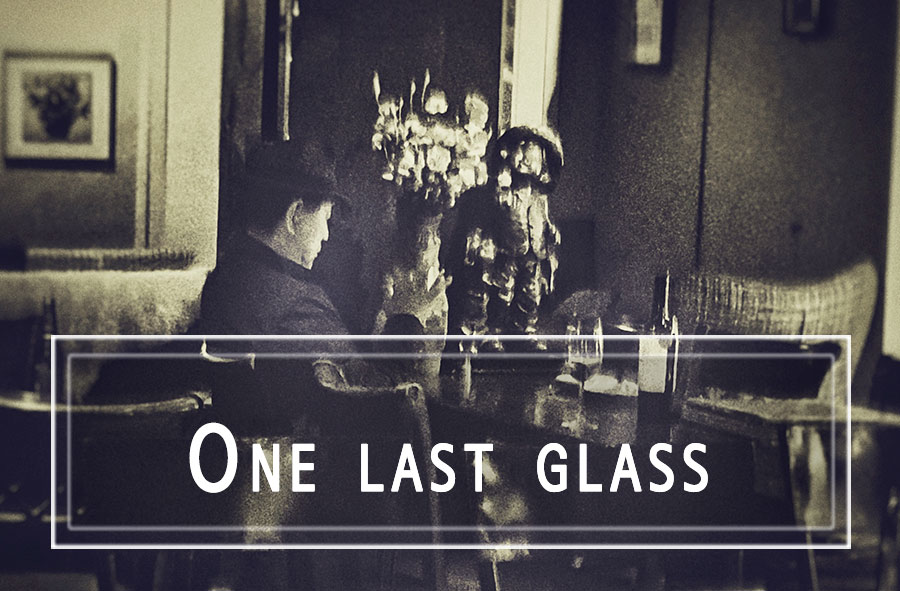 In a basement of a big city, an elderly man with tired eyes is sipping wine, sitting at a table in a totally empty bar.

The furniture around him is as old as the muffled song that is playing from a battered croaking speaker.

Elegantly dressed, illuminated by a dim light, he checks the phone while he pours himself from the bottle that is finishing a last glass of wine.

Lost in his thoughts as he stares at the scratched disc spinning, struggling with the turntable stylus, from which an opaque melancholy melody expands. In his eyes the blue reflection of the amplifier’s LEDs is dissolving in the deepest of his memories, like a thread made of light that leads him back through the past experiences of his life.

He puts down his glass, adjusts his hat and puts on his mask, leaving the room that has hosted him for almost every night in recent years.

He climbs the stairs to the exit, sighs before opening the door that projects him into the night of a now deserted world, where no one passes anymore.

His gaze is stuck on the empty road, he remembers the times when people surrounded him and the persons he had loved, a face that he hadn’t seen for too long but who continued to caress with his thoughts, a lady who had taught him that a soul could bleed.

He takes off his mask, like a warrior takes off his armor after a final battle, coughs and slowly collapses on the ground, like a leaf falling from a tree cradled by the wind.

He was the last person on earth.

Seoul: The elegant Changdeokgung Palace – 창덕궁 and its secret garden!